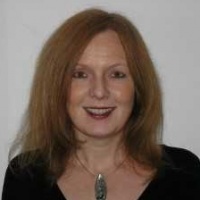 Ailsa’s area of particular expertise is in paediatric epilepsy and she manages a tertiary level epilepsy service with outreach to hospitals in the South-East of Scotland. She manages the teenage epilepsy service, epilepsy transition services, Vagus Nerve Stimulation service and the Ketogenic Diet service. She is lead clinician of the Scottish Paediatric Epilepsy Surgery Service.

Ailsa is interested in education in epilepsy and participates widely in teaching events locally and nationally. She is involved in the development of BPNA Paediatric Epilepsy Training (PET) in the UK and internationally. She is Training Programme Director and Head of School for paediatric training in South-East Scotland.

Ailsa was a founder member of the Scottish Paediatric Epilepsy Network (SPEN), lead clinician of SPEN from 2007-2011 and continues to sit on the Advisory Group, Steering Committee and lead on different work streams. She is a member of the Scottish Intercollegiate Guidelines Network (SIGN) guideline development group for Epilepsies in Children and Young people. She is the past Chair of the British Paediatric Epilepsy Group (special interest group of the BPNA).