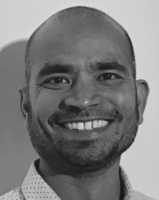 Dr Pujar completed his paediatric training from Grant Medical College in Mumbai, India. He then moved to the UK to pursue training in paediatric neurology. Most of his paediatric neurology and epilepsy training was based at Great Ormond Street Hospital for Children and Evelina Children’s Hospital in London and also at Young Epilepsy (formerly National Centre for Young People with Epilepsy) in Lingfield, Surrey. He was awarded PhD in Clinical Neurosciences by University College London in April 2016 for his work on “Long-term mortality, neurological, cognitive and neuroimaging outcomes after childhood convulsive status epilepticus”.