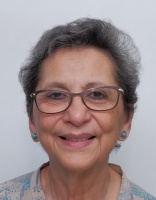 Dr Zaiwalla trained in adult neurology and paediatric neurology, before pursuing her interest in paediatric epilepsy and paediatric EEG under Professor Greg Stores at the Park Hospital for Children in Oxford. The Park Hospital was a Special centre for Children with complex epilepsy and provided the Regional Paediatric EEG service. In the late 1980’s a run of referrals of children with sleep disorders misdiagnosed as epilepsy, led to the interest in sleep disorders in children and the development of the combined paediatric epilepsy and sleep disorder service at the Park hospital. Dr Zaiwalla continued these services on her appointment as Consultant in Clinical Neurophysiology and later developed the adult sleep disorder service at the Radcliffe Infirmary in Oxford.

With reorganisation of services and closure of the Park Hospital and Radcliffe Infirmary, the Neurophysiology Department and the Sleep disorder services moved to the John Radcliffe Hospital, where Dr Zaiwalla while maintaining her interest in paediatric paediatric EEG and epilepsy, lead the non respiratory sleep disorder services for children and adults, complementing the established respiratory sleep disorder services in Oxford. Her special interests include narcolepsy and other non respiratory causes of excessive daytime sleepiness, sleep disorders in children with neurodevelopmental disorders and diagnosis and management of episodic behaviours in sleep including the wide range of parasomnias and motor activity that occur in sleep. She has been actively involved in local and national teaching and training and has publications in her areas of interest. She was on the faculty that developed Guidelines for the management of narcolepsy and the Standards for services for Children with disorders of sleep physiology.

Dr Zaiwalla is an accredited Somnologist (Expert in Sleep Medicine ), conferred by the European Sleep Research Society. Since retiring in 2018, she continues to support the Paediatric Sleep Disorder Service in Oxford, in her capacity as Honorary Consultant at the John Radcliffe Hospital.