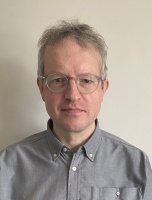 Jon Stone is Professor of Neurology at the University of Edinburgh and Consultant Neurologist with NHS Lothian. He has worked for over 20 years in the field of functional neurological disorder (FND) historically, a “no-man’s land” between neurology and psychiatry which represents the second commonest reason for a neurological referral. Professor Stone has promoted new transparent, pragmatic and multidisciplinary approach to understanding, diagnosing and communicating FND. In 2009 he made the first website for patients with FND at www.neurosymptoms.org which is now widely used across the world. He has published nearly 300 articles in the area including large cohort, mechanism and treatment studies. and led on new diagnostic criteria for FND in DSM-5 and ICD-11. In 2016 he co-edited, ‘Functional Neurologic Disorder’ (ed Hallett, Stone, Carson) setting a new standard for a teaching and research curriculum. He is the first Secretary of the new international FND society (www.fndsociety.org) and is passionate about multidisciplinary collaboration and developing the next generation of health professionals in this field. His awards include the RCP (London) Jean Hunter Prize for Nervous Disorders (2014), RCP(Edinburgh) Clouston Medal (2017), RCPsych President’s Medal (2017) and the Ted Burns Humanism in Neurology Award from the American Brain Foundation (2020). In addition to his academic work, he remains a full-time clinician. Weblinks www.neurosymptoms.org; www.fndsociety.org; Twitter: @jonstoneneuro https://www.ed.ac.uk/profile/dr-jon-stone; Email: Jon.Stone@ed.ac.uk